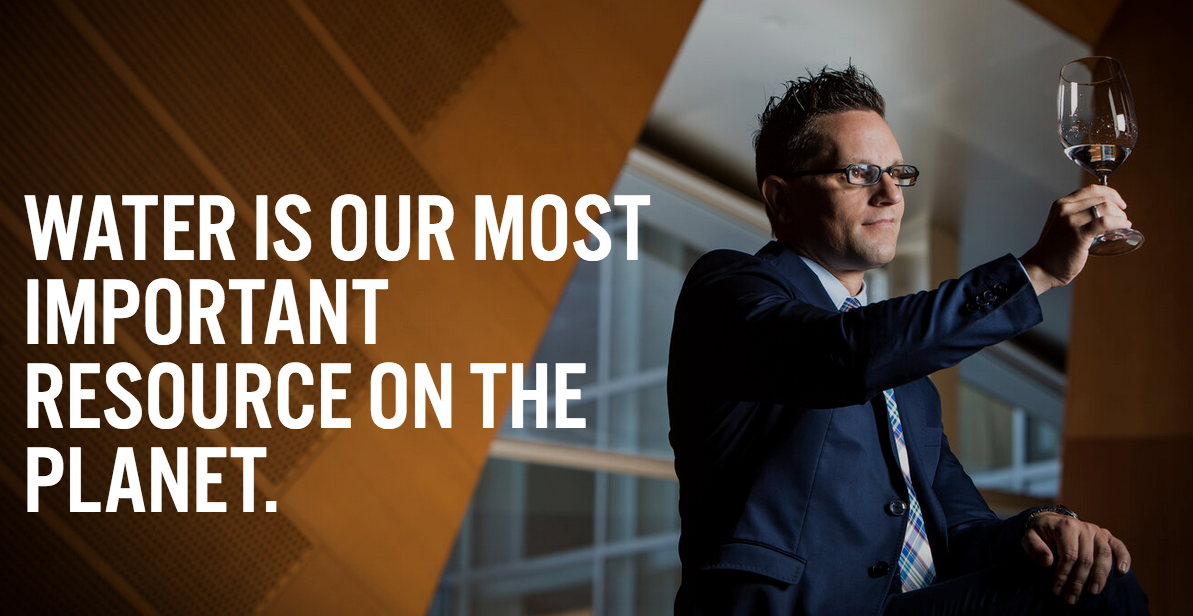 Yes, this is true and amazing!

“Martin Riese believes water is the most important beverage on the planet, and he’s urging consumers to rethink the value of this precious resource.”

Riese’s expert knowledge of water has led to appearances on television and radio programs throughout Europe, South America, and Asia, with the German press referring to him as the country’s foremost water sommelier. In 2009 he also co-authored the critically acclaimed book Die Welt des Wasser (World of Water), which is considered the leading European book on the subject.

In 2013, Riese unveiled his signature water program at Ray’s & Stark Bar at the Los Angeles County Museum of Art and in 2014 at the  Patina Restaurant in the Walt Disney Concert Hall. In Summer 2014 he launched the Water 101 Class, where Riese educates students on the unique qualities and characteristics of mineral water.

So, in August 2018, Riese latched with his business partner Michael Mascha (Founder of the Fine Water Society) the Fine Water ACADEMY. The ACADEMY is an online based school for training future Water Sommeliers around the world.

We all know that structuring the water makes it tastes better, hopefully he will take us up on our offer to try a Portable Unit!

END_OF_DOCUMENT_TOKEN_TO_BE_REPLACED

Nothing reveals the necessity of clean water like a crisis. During emergencies, such as disease...