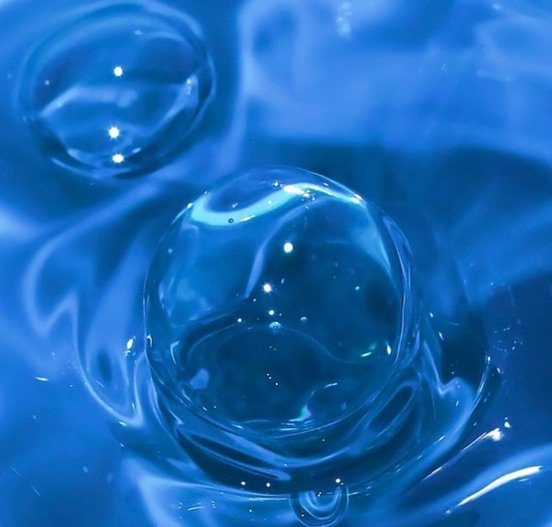 Few scientists study the nature of water. Perhaps it is because there is an assumption that everything must be known about this common and ubiquitous substance leaving no challenge to academic pursuit. Two hydrogen atoms and one oxygen atom create one molecule of water. There are countless numbers of these molecules randomly bouncing around over our planet and in two-thirds of the human body. But how much do we know about the interaction between the molecules?

This is one of the many questions being addressed in the Pollack Laboratory at the University of Washington where experiments are uncovering and defining deeply held principles of nature at their most fundamental level.

WaterToday had the pleasure of speaking with Dr. Gerald H. Pollack, Professor of Bioengineering at the University of Washington, Seattle.

“Water plays an essential role in all of Nature,” Dr. Pollack told WT “and yet there are so many anomalies that are not really understood. For instance how do clouds form when there is water vapor everywhere? Why do water droplets float on water? How can a common Costa Rican lizard (called the Jesus Christ Lizard) walk on water?”

These questions and many others led Dr. Pollack and his researchers to uncover a Fourth Phase of water that can also be called structured water. He has dubbed this EZ (exclusion zone) water. It is more viscous, dense, and alkaline than regular water. It has a negative charge, and can hold energy—much like a battery—and deliver energy as well.

“We have all been taught that water has three phases – solid, liquid, and vapor,” Pollack says, “But here’s an example of an anomaly that does not fit the paradigm. If you place two beakers of water side by side, and put an electrode in each with a high voltage between them, what happens is a bridge forms. A bridge of water that can be sustained as the beakers are moved away from each other up to a distance of 4 centimetres.”

Pollack explains the bridge is actually the Fourth Phase of water (something between the liquid and solid state) – a more ordered water with a gel-like consistency. “The water bridge is still passing electricity from one beaker to the other.” There is no doubt water conducts electricity, but what makes it stiffen up like a bridge? It turns out this phenomenon can be explained by the “crystalline” nature of this Fourth Phase EZ water in the bridge.

“We started to think that this Fourth Phase could be the missing link in understanding many water unknowns. It seems scientists have been looking at individual molecules and not the collection of molecules and their interactions – their ‘social behavior’, if you will.”

Initial experiments began by placing water next to hydrophilic (water loving) surfaces. “We added some particles to the water because we had a sense that the particles would show us something.” What happened was the particles kept moving away from the interface of the water and hydrophilic material. “It did not matter what we added to the water. So we called this area the ‘Exclusion Zone’ (EZ) because it kept expelling all the solutes.”

All the solutes? Even contaminants?

In the Lab, Pollack and his team have been researching the possibility of clear free drinking water. “If you have a hydrophilic material and contaminated water next to it, the contaminants are excluded. The remaining EZ water is contaminant-free. “Bacteria, viruses — any pathogen is excluded as well.”

Because the exclusion zone is big, it is easy to extract and harvest the pure water.” Proof-of-principle has been demonstrated: model contaminants could be separated to a ratio up to 200:1 (Klyuzhin at al.2008). Pollack adds that efforts are underway to scale up the lab work to collect solute-free, particle-free and pathogen-fee water in an economically feasible way.

Drinking water can be optimized by injecting light energy or physical energy by vortexing.

Pollack and his team found that every hydrophilic surface would nucleate this structured water. “We then began to examine its properties. The EZ layers began to build creating a honeycomb- like or hexagonal structure.”

The structure consists of hydrogen and oxygen as one would expect but Pollack says they are not actually water molecules if you start counting the number of hydrogens and oxygens. “It turns out it’s not H2O but H3O2.”

The key ingredient to creating this highly structured water is light. “Electro-magnetic energy is all around us. And it’s free,” Pollack says. EZ water can build on any hydrophilic surface when infrared energy is available. It builds by adding layer upon layer and can build millions of molecular layers. “It exists almost everywhere in nature including the human body.”

Of particular interest is that EZ water has a negative charge and the water just beyond is oppositely charged creating a battery. “In much the same way plants photosynthesize, this fourth phase water can receive and process electromagnetic (light) energy from the environment.

Experiments are underway to explore the phenomenon of charge separation in water. The scientific underpinning of this separation is revealing as much about the structure, chemistry, and physics of water as about the prospects of obtaining clean electrical energy from water.

As discoveries in the Pollack Lab keep surprising the team, Pollack says what is exciting him most at the moment is “for me a weirdly revolutionary idea regarding information that is stored in water.” It all started with Pollack’s visit to an immunology lab in France where the late Jacques Benveniste was demonstrating that water has the capacity to hold memory.

“When reports of information storage in water surfaced in the late ‘80s, world reaction was skeptical. Water molecules are known to jiggle around randomly at a furious pace; there seemed no possible substrate for long-term memory.”

That changed with the advent of EZ water. The structural lattice is essentially fixed. Oxygen and hydrogen atoms could get modified, that would constitute information. Oxygen atoms have five possible oxidation states (-2,-1, 0,+1,+2). “The potential for high-density information storage is extraordinary. EZ water could constitute the future of high-capacity computer memory.”

“I began to think about water in the context of biology: if water inside the cell was ordered and structured and not bulk water or ordinary water, as most biochemists and cell biologists think, then it is really important,” Pollack says.

Pollack’s book, Cells,Gels and the Engines of Life provides evidence that much of the water in the cell is very near to one or another hydrophilic surface and therefore is ordered. EZ water appears in inside most of our cellular structures. Even extracellular tissues are filled with this kind of water.

“We are studying the central role of water in health. We are two-thirds water by volume. However, in terms of percentage of molecules – more than 99% of our molecules are water molecules. Evidence suggests the 99% are central participants in the optimum functioning of the human body. This leads to the hypothesis that proper hydration is a central feature of function, and therefore health.”

Testing water samples using a UV-visible spectrometer, which measures light absorption at different wavelengths, Dr. Pollack has discovered that in the UV region of 270 nanometers, the EZ actually absorbs light. The more of the 270 nanometer light the water absorbs, the more EZ water the sample contains. EZ water appears to be quite stable – meaning it can hold its structure.

Water samples from the River Ganges and from the Lourdes n France have been measured showing spikes on the 270 nanometer region suggesting these “holy waters” contain high amounts of EZ water According to Pollack there’s compelling evidence that EZ water is indeed lifesaving.

EZ also has a central role when it comes to weather. “The atmosphere is full of tiny droplets called aerosol droplets which makeup atmospheric humidity. We found that EZ water envelops each droplet while hydronium ions occupy the droplets interior which explains why rain droplets float on water.” Droplets also condense to form clouds because of the unlike charges that lie in between the droplets.

And as far as that lizard that can walk on water, it is because of the many layers of EZ creating a bridge.

Water is a Sphere in Space

Water is a sphere in space. Here on Earth, we all live in a state of gravity. Not only us, but...